I heard a speaker once extoll the value of giving your company an identity that your team could rally around.

People want to work for an organization that has alignment of common values, security, enjoyment and rewards. They are motivated by connecting to a central purpose.

People don’t want to work hard and make money for an organization that they can’t relate to. The entire team will come together to achieve common goals and will thrive in the process.

We use the internal name, “Tiger” for our Company to align our goals and share the Company’s objectives and vision. 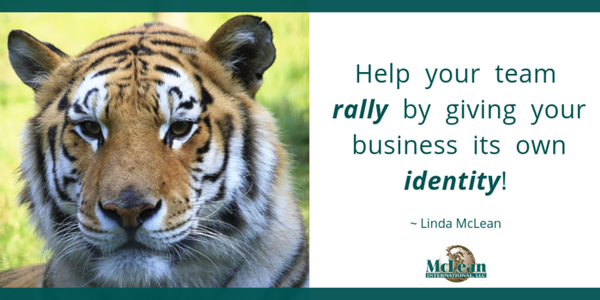 Creating an internal name builds cohesiveness among team members, which strengthens a company’s mission. In our case, my last name happens to be a part of the Company name, so it would be easy for team members to think: “I’m working for Linda. I’m doing this for Linda. Linda is paying me.”

The reality is, when we’re working as a team, we are working for the same common goal rather than for “Linda.”

Instead by creating an internal company name we think in terms of what’s best for Tiger, not Linda: “I’m working for Tiger. We take care of Tiger, and Tiger takes care of us.” This thought process makes Tiger a living creature at the heart of the Company.

So, how did I come up with the name Tiger?

The story began when I had my very first client, a RE/MAX agent. We were at the office and another agent brought in a stray cat that was close to death’s door – someone had tossed this kitten on the side of the road. It was a small, orange tabby with great big stripes on it. He was actually a little funny-looking, with a really big head and ears; but perhaps he looked like this because he was so skinny.

The agent had to go off and show a property, and the Humane Society wasn’t open until later that day. So, he brought the poor little thing back to me. Because I love animals, I agreed to hang on to the kitten.

I was working in the client’s office that day and had a ton of work to get done before I returned to my home office, so I decided to just keep the kitten with me for a bit. The little, scrawny cat could barely lift up its heavy head and was obviously hungry and tired.

Thinking I could let the kitten sit on my lap while I worked, I asked one of the administrative assistants to run to the store and get some milk and some food for this cat. The pathetic little cat looked up into my eyes and let out the strangest, rather robust meow for such a small, weak kitten. It was as if he was saying thank you. He then immediately curled up in my lap and fell asleep.

It was heartbreaking to watch his little body breathe in and out while he slept, but it was obvious he felt safe and secure. Within a few minutes, he started to purr the strangest double-time purr I had ever heard. He was truly unique. It was so touching because you would think he would be frightened, but he could sense that he was in a safe place.

The assistant came back, we fed the cat, and after we had some laughs over his reaction to the food on one of the gals’ desks, I decided to take the kitten home rather than to the Humane Society. When I arrived home, my husband Scot said, ͞No way; NO, you already had us adopt the neighbor’s cat, then you brought home a hedgehog, a couple of fish, and now a stray kitten. No, we are not bringing in another one.”

My daughter Paige looked at it and said, “Mommy is that my kitty? My tiger?” Needless to say, Tiger became a part of the family.

Tiger was a very interesting character. He was almost like a dog. When the doorbell would ring, he would run to the door with his strange, robust meow, almost like he was answering the door. The rest of the time, he would not leave my side. When I was on coaching calls and meetings in my office, he would jump up on my table and sit, almost like a statue. Every once in awhile, he would try to engage in the conversation with his double-engine purring and robust meow.

Jennifer was a marketing contractor that came over from time to time and Tiger would always have to be with us. He needed to be present, as if to ensure his voice could be heard. If we didn’t let him into the office, he would stand outside the door, meowing consistently until we relented and let him join us. It truly was the only way to silence him.

As soon as he came in, he immediately took his place either next to her or next to me and would look at us as if to say, “Well, continue the meeting now, I am here.” He was such a character and we would laugh at his mannerisms while we talked.

One day while Jennifer was there, we were trying to come up with a name for the organization. She suggested a couple of different names and I had come up with a few; and then, as this silly yellow tabby looked at us and meowed, we both said, “What about Tiger?” He had become such an integral part of our meetings and seemed so engaged, it just felt right. There was no doubt that he knew we would always care for him and make him feel as if he were part of the company.

The decision was made; the internal name for the company would be Tiger.

A great image for us to embrace is all of us sitting around a boardroom table, with Tiger in the middle.

Tiger represents something that is living, breathing, and needing all of us individually to care for him – feeding, protecting, loving and ensuring his needs are met while making decisions that will impact Tiger in the best, most positive way.

You will often see Tiger paraphernalia in our meetings and offices, and even at some of our planning meetings. This serves as a reminder of who and what is at the heart of what we do and how much we have a commitment to excellence. Tigers have amazing strength and power. They are known to have acute senses and sharp eyesight, and they go after what they want.

The tiger symbolizes our goals of utilizing our own acute senses to observe what our clients need and then to provide them with the belief and power to achieve all that they want.

Keeping Tiger as our central focus helps us build the company into something great that we can all be proud of, while providing extraordinary service.

Did you find this story resonated with your own business situation? This technique is just one of many we share in Snapshot Business Planning.

We’re excited to share that we just launched the Snapshot Business Planning eCourses, which take the techniques and captures them in 11 modules over two courses, to make building your business plan EASY. For the month of October, you can save $100 off of the first course, or $200 off both! 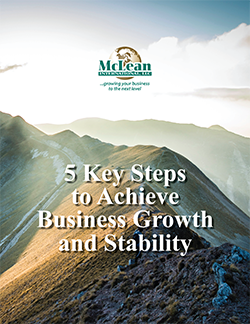 Sign Up To Receive Our Newsletter and Monthly Motivational Moments 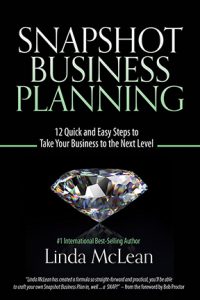